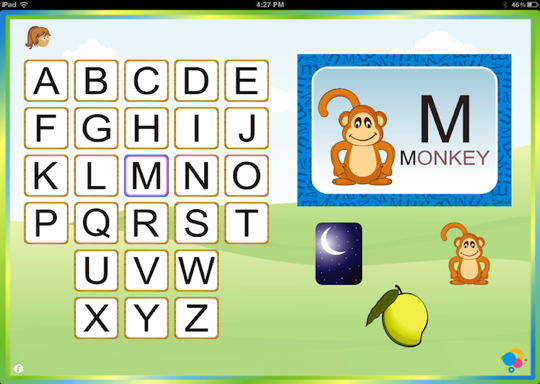 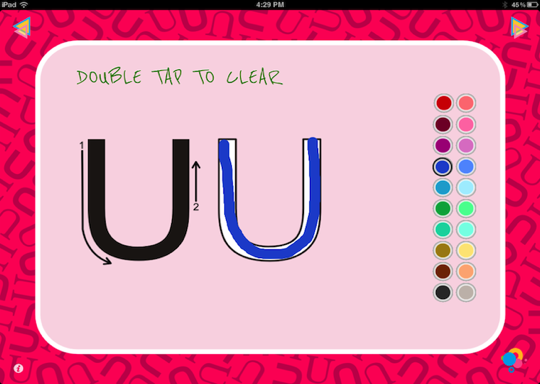 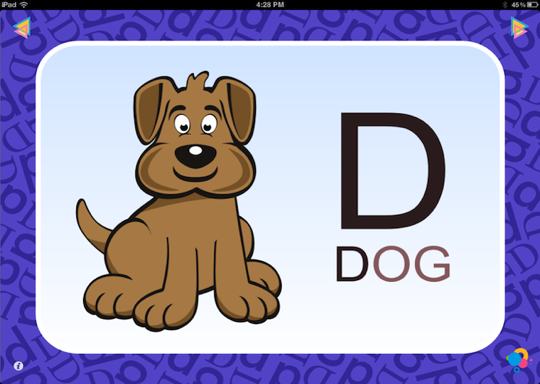 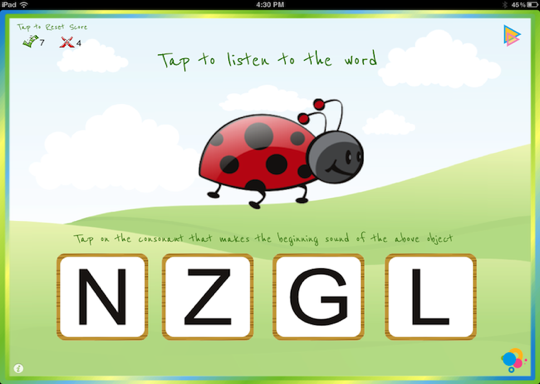 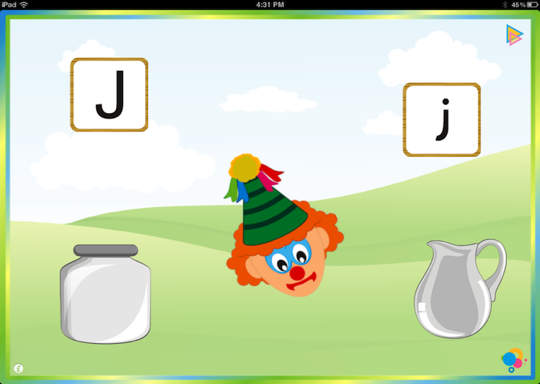 Choose from the rich color palette and trace the alphabet. Double tap to clear and trace again.You can teach your kid to trace alphabets in both upper case and lower case.

Our kids love this feature. A random letter with its objects comes on the screen dancing. Play, play and play here, pinch the alphabet or the picture, drag them anywhere on the screen and just have fun.

A puzzle game to drag alphabets into their correct spots. This allows your kids to familiarize with an alphabetical order.

Quiz to test the understanding of alphabet sound. Tap to listen to the object and identify the alphabet that makes the beginning sound of that object.

Toggle between uppercase and lowercase at any point

Choose to start with alphabet sound OR phonetics

Introduction with vowels and their sounds